The legal truth of E-contracts 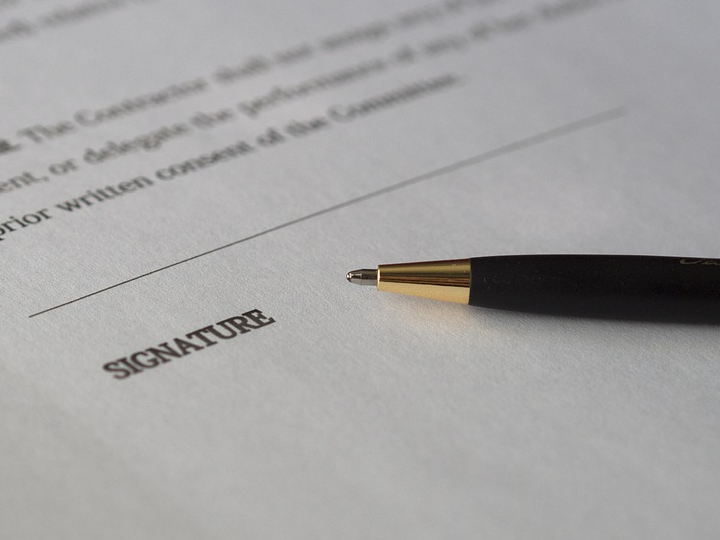 No doubt that the technological evolution and its wide range usage in various fields became a part of our daily lives, accompanied by this evolution,it’s usage between people in civil and commercial transactions grew significantly.,And that growth dictated the necessity of issuance laws in order to manage this usage through setting conditions

and regulations to avoid the users from becoming victims of electronic fraud and scams,also to criminalize such acts and to set general  terms and explicit rules to be legally binding.

The electronic contract in its structure,composition,types and content doesn’t differ from the traditional contract, therefore, its subject – in its regulations – to the rules stipulated in the general theory of contract.

As it was identified in the second article of UNCITRAL “Model Law on Electronic Commerce”, “Electronic data interchange (EDI) means the electronic transfer from computer to computer of information using an agreed standard to structure the information”. The United Nations Commission on International Trade Law which adopted the “Model Law on Electronic Commerce” saw that the aforementioned identification can be used in all electronic information including contracting and various commercial acts, therefore, the identification of the electronic contract according to this law is the contract in which mutual acceptance between contracting parties is expressed by using the specified methods stipulated in Article 2 and Article 2B. Most of the jurists criticized uniform E-commerce Law adopted by the United Nations Commission on International Trade Law as it did not identify the E-contracting but identified the methods used in it.

Also it was stated in its first article that the sphere of application and implementation exclusively on Commercial matters, but The Commission then suggested for States that might wish to extend the applicability of this Law of the following: “The term “commercial” should be given a wide interpretation so as to cover matters arising from all relationships of a commercial nature, whether contractual or not.Relationships of a commercial nature included.”

The second article of the Directive 97/7/EC of the European Parliament and of the Council of 20 May 1997 on the protection of consumers in respect of distance contracts has defined, the distance contract as: any contract concerning goods or services concluded between a supplier and a consumer under an organized distance sales or service-provision scheme run by the supplier, who, for the purpose of the contract, makes exclusive use of one or more means of distance communication up to and including the moment at which the contract is concluded.

The Egyptian law doesn’t mention a definition for E-contract, but E-Signature could obviate this non-existence of such definition. Interpreted Article 147 of The Civil Code states: “The contract is the law of the contracting parties- pacta sunt servanda”. Hence, since the E-contract is considered a type of contracts it shall be governed by the above mentioned article. But, in our opinion, an Article shall be stipulated to assure legal stability, and it shall be completely regulated  as E-contracting became one of the most important contracts on both local and international levels.

Some jurists defined E-contract as “an agreement where mutual offer and acceptance are expressed on international open distance communication network and by visual and audible means, in a result of the interaction between the offeror and offeree” but this definition is incomplete as it did not reveal the  consequences of the offer and acceptance, the legal effect, the constitution of contractual obligations and determining a certain mean of concluding the contract where it shall be visual and audible.

“The Physical Existence” is considered one of the most important characteristics that distinguish E-Contract from the traditional contract. One of the most important characteristics of the E-Contract is the non-existence of the parties in the same place, it is based on the principle named “virtual existence of the parties” where it can be defined as: “a Party using communication method declares his offering while the other party accepts whether or not with the same method of communication and in the same place”.

E-Contract is mostly described as a contract of commercial or consumption use, and that being the reason for its name of “E-commerce”, where most of the E-contracts are related to purchasing and selling.

The Egyptian legislature doesn’t specify, in Law No. 15 for year 2004 which regulates the E-signature, the contracts which can be electronically concluded.  The legislator stated that the Electronic documents have the same power of evidence as traditional documents, as Article 15 of the aforementioned law stipulated: “Both electronic writings and electronic documents have the same credibility and authenticity”,where technical and professional regulations are fulfilled.

But unfortunately in practical implementation of the aforementioned articles we will discover that some contracts cannot be electronically concluded as it has massive legal consequences. Contracts that cannot be concluded electronically include Marriage Contract, Donation Contract, Testament and Adoption, Ship Mortgage, Property registration, and Rights in REM, Court’s verdicts and decisions, litigation documents.

E-signature, as stipulated in Law No. 15 of year 2004: “e-signature is any letters, numbers, signs, signals or any other shape that shall be unique and easily identify the signing person”.

For the E-signature to be legally authenticated it shall fulfill all conditions stated in Article 18 of the aforementioned law: