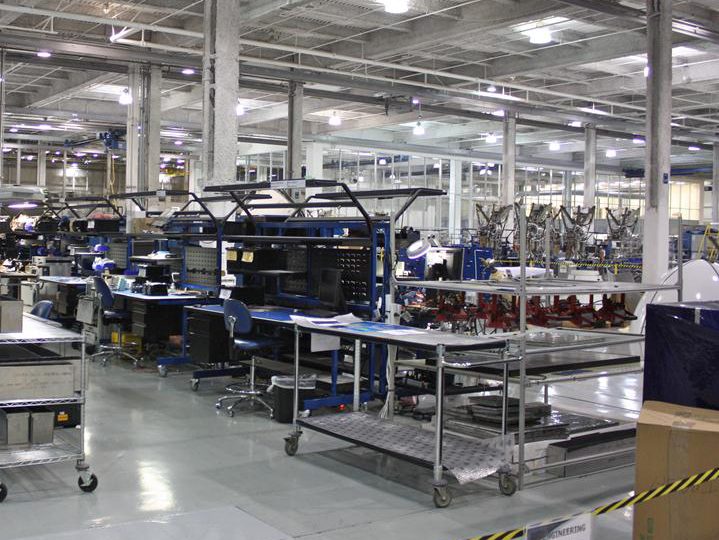 Public private partnership in a simple definition is a long term contract between the private sector and the public sector. In the 70s and 80s the world started thinking of encouraging involvement of the private sector in the governmental projects.

Most of these projects were in the stage of negotiation until the beginning of 1990 when most of these projects started to be active and real. The aim of the PPP was to launch infrastructure projects with no cost and also to train the governmental employees on managing and gaining experience from the private sector. In 2006 Egypt started an ambitious policy towards the partnership with the private sector in order to add a new source of investment. In addition, the Egyptian government established the PPP central unit as a center that helps in communicating between the public and private sector also its primary responsibility lies in developing and delivering the PPP projects.

In Egyptian political system, there are three authoritative branches which are: the Legislative, Judicial and Executive. The Executive branch’s main goal is to fulfill citizens’ needs by establishing public policy and providing services by establishing public utilities serving the Citizens. Government has to maintain the public utilities continuous and smooth running and to achieve this goal; the Administration may issue administrative decisions or conclude administrative contracts.

In Administrative contracts the government must be a party, the subject matter of the contract is related to public utility and the contract shall include an Exceptional clause.

One of the Administrative contracts is the “Public Private Partnership Contract” (PPP contract) which is a contract  concluded between the Administrative Authority and a Project Company under which the Project Company is to  be entrusted with the financing, constructing, equipping and operating infrastructure projects and public utilities, and making their services available or financing and rehabilitating such utilities with an obligation to maintain what has been constructed or rehabilitated, and to provide services and facilities necessary for the project to be capable of production or service provision regularly and progressively throughout the PPP contract duration.

In Egypt there are two contacting methods that can be used for concluding administrative contracts, which are public tender (Sealed Bidding) and public practice (Negotiations).

Sealed Bidding (Tenders) is a series of procedures that intend to select the bidder who submits the best technical offer and the least price.

Negotiation is a method used by which the administration –after receiving offers from the bidders- negotiate to reach the best technical and financial offer. In negotiation practice unlike “sealed bidding”, the administration has board discretion to choose the winning offer even if it does not submit the least contract price.

Preliminary procedures of the tenders and bids process:

The Administration before announcing or publishing the Invitation for Bids shall prepare a book with general and special conditions, all technical conditions and specifications, lists of articles or work and their annexes, and a copy of the draft contract to be concluded comprising the rights and obligations of the parties to the contract. This book shall be sold and its price shall be set according to its actual cost plus percentage not exceeding 10%.

-Some administrative contracts have a special importance to the extent that the administration before concluding a contract shall consult or obtain permissions from other   authorities. Failure to obtain such permission or performing obligatory consultant may lead to the nullification.

-Publishing the Invitation for Bids is made twice at the proper time in two widely circulated daily newspapers, such announcement shall indicate the entity to which the tenders are to be submitted, the deadline for their submission, and the amount of the bid bond, the percentage of the performance bond and the price of the book of conditions. The Announcement shall be in both Arabic and English Languages. Foreign Countries embassies or consulates, according to each case, shall be requested to notify those operating in the type of activity subject of the contract in these countries, with the terms of the Invitation for Bids.

The announcement shall determine the validity period of prospective bids and by all means, bids validity period shall not exceed three months, unless, there is certain necessity to extend such period.

This stage is considered the offer in Administrative Contracts by which any bidder will submit his bid in two sealed envelopes, one of them contains the technical offer and the other for the financial offer. The Government shall open financial envelopes for those whose technical offers were accepted.

On one side, the technical envelope contains all technical data about the submitted tender especially, the method of work execution, time schedule, catalogues and data concerning the sources or required items, statement of the sources and types of materials, substance, equipment and apparatuses used in executing contract.

On the other side, the financial envelope includes price lists and the method of settlement, value of maintenance and the spare parts, the operating requirements, and other elements affecting the financial value of the bid.

The Administration during the Pre-Contractual stages enjoys several privileges that it can use to achieve the best for the public interest, such as:

-Since Administration concludes contracts to serve public utilities and this demands flexibility, in case the administration issued an invitation for bids and afterwards it discovers that cancellation of such solicitation shall be more beneficial for the public good, in this case, the law grants the Administration the right to cancel it.

-According to Law No.47 Article 58, no Administrative entity can enter into a contract value of which exceeds 5000L.E. without the consulting of the competent advisory section at the State of Council.

(1) The Administration’s right to observe, guide and supervise:

(3) The Administration’s right to impose penalties:

-Administration has the right to impose penalties by itself over the contractor, these penalties are having an administrative nature such as imposition of delay fines, confiscation of performance bond, withdrawal of work and collection of excess costs for re-procurement.

The Public Private Partnership contract must include the nature and scope of works and services that the Project Company will carry out as well as the conditions for their implementation, the ownership of the project’s funds and assets, the obligations of parties related to the handover and receipt of the project site, and the provisions for ownership transfer at the end of the project, the responsibility of obtaining authorizations, permits, and approvals, mutual financial obligations and their relation to the funding mechanism, the product sale price or the service availability payment on which the project is based, and the rules for its determination and amendment, either by an increase or decrease, as well as the method of adjusting it for inflation indexes and changes in interest rates, if required , the means of quality assurance and quality control, and supervision as well as administrative, financial, and technical monitoring of the project operation, utilization, and maintenance, regulating the right of the Administrative Authority to amend the conditions of the project’s construction, equipment, maintenance, operation, and utilization and other obligations of the Project Company; In addition to the basis and mechanisms of compensation for such amendments and also the types and amounts of insurance on the project, and the risks of its operation or utilization, and executive warranties issued in favor of the Administrative Authority, and provisions and procedures for their release, as well as the determination of the basis of risk allocation in respect of change in law, sudden accidents, force majeure, or discovery of antiquities, as the case may be, and the resultant compensation , PPP contract duration, cases of early or partial termination, and the rights of the related parties and finally the cases where the Administrative Authority has the right to unilaterally terminate the PPP contract, as well as the financial obligations resulting from the use of such right.

The PPP contract is subject to the provisions of the Egyptian Law. After the approval of the Supreme Committee for PPP Affairs, it may be agreed to resolve disputes resulting from the PPP contract through arbitration, or any other non-judicial means of dispute resolution according to what was stipulated in the contract.