Maritime Collision in the Egyptian Law 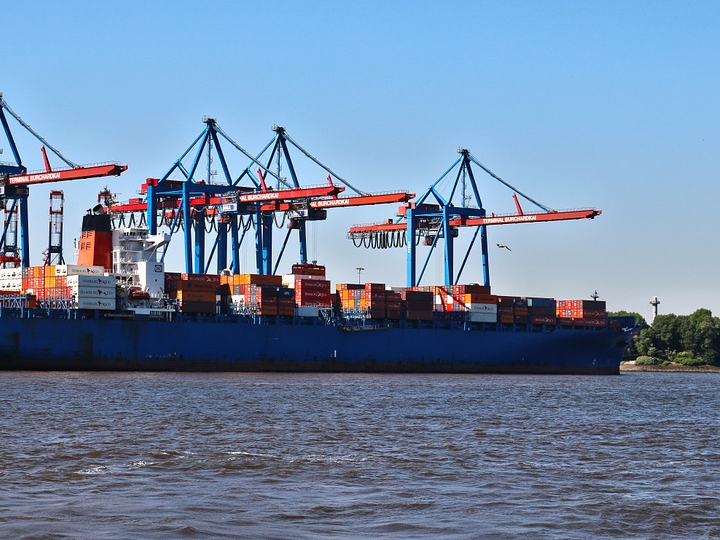 Collision is a maritime danger that frequently occurs especially after the increase of the number of ships sailing in the seas, multiplication of their velocities and unification of navigation lines. Such leads to mass damages to persons and properties.

Articles292 -301 in the first Chapter of the Fourth Part of Egyptian Maritime Trade Laws stipulated all matters in relation to collision accidents. The provisions of such articles are identical to the provisions of Brussels Convention 1910, to unify the regulation of such collision on both of the national and international levels.

Definition and Conditions of Maritime Collision

The First Paragraph of Article 292 of the Egyptian Maritime Trade Law stipulated that: in case a collision occurs between maritime ships, or maritime ships and internal navigational boats, compensations which are payable for the damages occurring to the ships, objects, and persons on board of such vessels, shall be settled in accordance with the provisions prescribed in this chapter, regardless of the waters in which the collision has taken place. With the exception of floating vessels, which are tied to a fixed berthing place, each floating vessel shall be considered by virtue of the provisions of the present article, a maritime ship or an internal navigational boat, according to each case.

According to the previous definition, three conditions shall be fulfilled in order to consider the accident as a maritime collision:

Second: One of the vessels at least shall be a maritime ship.

Third: Physical collision between the two vessels shall take place.

Nevertheless, The Second Paragraph of Article 292 stipulated that: even if no material collision has taken place, the provisions prescribed in this Chapter shall apply to the compensations payable for the damages to be caused by one ship to another or to the objects or persons on board such ship, if these damages have resulted from a movement made by the ship or by neglecting to make such movement, or also by the failure to observe the provisions prescribed in national legislations or the international conventions in force in the Arab Republic of Egypt concerning the regulation of sailing on seas.

Force Majeure Collision and That Having Its Causes Doubtful

Force majeure collision is that resulting from a force majeure, as a thick fog which renders the vision impossible, great storm, public authority order to navigate having the lights switched off during war, if a collision took place as a result without attributing a fault to any of the ships.

While the collision having its causes doubtful is that which cause cannot be determined for certain, in this case the collision is not known whether it is due to a force majeure, shipmaster’s fault or a mutual fault of the shipmasters.

The Maritime Trade Law applied to both of force majeure collision and collision having its causes doubtful the same provision, as Article 295 of this law stipulated:if a collision occurs as a result of a force majeure, or if doubts should arise as to the causes of the collision, each ship which is involved in the accident shall bear the damage caused to it. This provision shall also apply even if the ships involved in the accident, or one of them, was anchored at the time the accident took place.

A Collision due to a ship’s fault

Article 296 of the Egyptian Maritime Trade Law dealt with this type of collisions as it stipulates: if a collision should occur through a fault of a ship, the latter shall compensate for the damage caused by such collision.

The fault may be attributed to the shipmaster, such fault is mostly limited to violation of the international regulations for preventing collisions at seas as failure to clear the pathway of a ship that has a priority to pass, failure to turn on the lights that determine the location of the ship at night, failure to use audio signals in case of atmospheric disturbances or when meeting another ship, failure to lower the speed when the fog becomes thick. However, the fault may be attributed to the ship’s furnisher as in case of allowing the ship to travel though being unseaworthy or without having  enough staff to maneuver it.

The ship’s furnisher shall be liable for the pilot’s fault even if the pilotage is mandatory, because the pilot’s mission is limited mainly to supply the shipmaster with the information related to harbor routes and the itinerary that shall be followed. Nevertheless, the navigation, management and maneuvering of the ship remain in the hands of the shipmaster, though the pilot exists. Article 298 of the Egyptian Maritime Trade Law explicitly provides for that provision as it stipulates that: the liability as prescribed in the present chapter shall arise even if the collision is caused by a fault of the pilot himself and though pilotage is made mandatory, subject to the general rules on liability.

The plaintiff in the collision lawsuit shall prove the shipmaster’s fault by all means as the issue is related to a material fact. Maritime report and ship’s daily record are usually used in such proof; however, the court may order an investigation to hear the witnesses to the collision, it may also order the appointment of experts to determine the reason of the collision and the value of damages resulting therefrom. In this meaning, Article 294 of the Egyptian Maritime Trade Law stipulates: there shall be no presumption of a fault in the liability resulting from a collision incident.

A Collision due to a Mutual Fault

The First Paragraph of Article 297 of the Egyptian Maritime Trade Law stipulates that if the fault is jointly committed, the responsibility of each one of these ships involved in the accident shall be assessed in the ratio of the fault as committed thereby. Where conditions make it impossible to determine the percentage of each of the ships involved has committed, the liability shall then be divided equally between them.

The First Paragraph of Article 300 of the Egyptian Maritime Trade Law stipulates that a claimant shall bring the lawsuit arising from such collision in one of the following courts:

The Extinctive Prescription of the Collision Lawsuit

The First Paragraph of Article 301 of the Egyptian Maritime Trade Law stipulates that compensation cases arising from collision shall lapse with the passage of two years from the date of the incident.. However, the right to have remedy as prescribed in Clause 3 of Article 297 of the present law i.e. remedy paid to the ship which paid more than its share in case of joint liability vis-à-vis third party, if the collision lead to the death or injury of a certain person as a result of the collision, shall abate with the lapse of one year from the date of decease.

However, the Second Paragraph of the same article stipulates that subject to the provisions of Civil Law, the periods prescribed in the previous clause shall be interrupted, if it is impossible to confiscate or take the defendant ship in execution in Egyptian territorial waters, and the claimant is a national enjoying the nationality of the Arab Republic of Egypt, or has a domicile in it.

The Compensation and Its Guarantees

The judge shall estimate the value of compensation for the damages caused to the injured party, provided that such damages are natural and direct consequences of the collision. The compensation shall include the losses suffered by the injured, so if the ship was totally destroyed, its value at the time of destruction shall be paid, and if it was damaged, the value of repairs shall be paid. In addition, the compensation shall also include the profits that were lost by the injured, as the freight fees of the journey during which the collision took place, and the profits lost by the injured due to having the ship disabled during its repair.