Litigation and enforcement of Judgments in Egypt 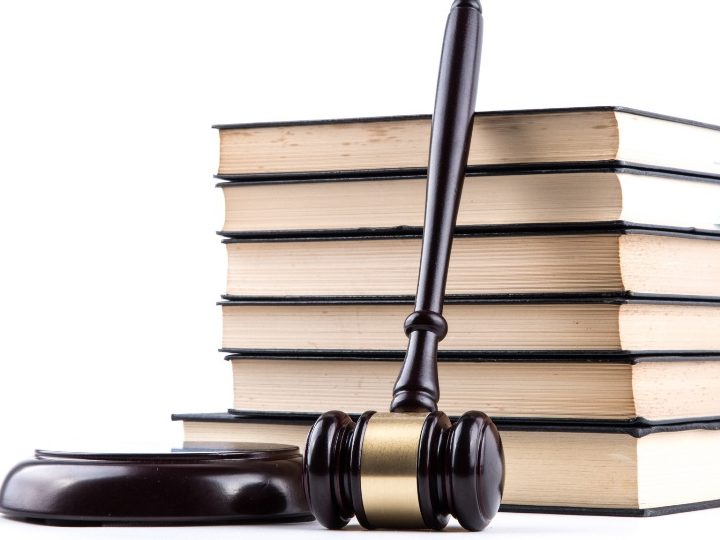 The Egyptian legal system is greatly influenced by the French Civil Code System. The main comprehensive code in Egypt is the Civil Code No. 131 for the year 1948 that covers vast types of transactions between individuals including personal rights, contracts, obligations and torts.

It should be mentioned that the Egyptian Administrative Law has a distinct court system that deals with governmental and public bodies’ transactions entered into for public benefit and not for private benefits of individuals.

According to the Code of Civil and Commercial Procedures No. 13 for the year 1986 and its amendments, the jurisdiction of courts in civil and commercial cases are as follows:

Article 47: The Court of First Instance shall be competent in all civil and commercial cases which do not fall within the jurisdiction of the District Court and its judgment shall be final if the value of the case does not exceed forty thousand pounds.

It is also competent to adjudicate in appeal cases upon judgments rendered initially by the District Court or by the judge of summary proceedings.

Article 48: The Court of Appeal shall have the power to adjudicate in appeal cases upon judgments rendered initially by the courts of first instance as well as the judgments rendered by the district courts in the cases stipulated in paragraph 6 of Article 43 of this law.

Article 49: The competent court shall be that with local jurisdiction over the place of the defendant’s domicile unless the law provides otherwise.

Article 56: In disputes relating to the supply, construction, rent of houses, wages of workers and manufacturers, the competent court shall be the court where the domicile of the defendant lies or the court in the place where the agreement has been entered into and executed provided that it is the same as that of the plaintiff’s domicile.

It should be noted that by the end of 2008, special economic courts took up certain types of activities related to commercial disputes as commercial agencies, intellectual property and other matters (Law No. 120 of 2008).

Lawyers in Egypt can only practice the legal profession through obtaining a license to be admitted before courts. This license is obtained through the Egyptian Bar Association after full filing its requirements such as holding a law degree from a reputable Egyptian university and being of Egyptian nationality. In Egypt, each court level requires certain experience in the Lawyer in order to admit him before it.

Foreign lawyers may be admitted before Egyptian courts only if there exists a treaty of reciprocity between Egypt and the foreign country.

Commercial Code Article 190-1 The compensation court action referred to in the previous articles shall abate with the lapse of ninety days from the time of deed termination.

Commercial Code Article 254-1: All court action arising from an object-transporting contract shall become subject to prescription with the lapse of one year from the date of delivering the transported object to the consignee, or to customs, or to the trustee appointed by the judge, in order to store the transported object. In case of total destruction of the object, the period shall begin from the lapse of the time prescribed in clause-2 of article (240) of this law.

Code of Civil and Commercial Procedures No. 13 for the year 1986 – Article 184: The court, upon awarding the judgment ending the dispute, shall decide on its own behalf the expenses of the case and these expenses shall be paid by the convicted opponent and the lawyer fees shall be included therein.

Consequently, the litigation fees are not a fixed amount and lawyers feel free to set their own fees which may be apart from the success fees.

Success fees have a maximum limit of 20% of the value of the claim and are usually charged as a fixed percentage of the damages recovered or as a fixed pre-agreed success fee.

Code of Civil and Commercial Procedures No. 13 for the year 1986 – Article 101: The pleading shall be public unless the court decides, on its own initiative or at the request of one of the litigants, to conduct it in secret in order to preserve the public order or to observe the ethics or the family privacy.

However, only the parties and their lawyers can access court files.

After the defendant receives the statement of claim, the case progresses with adjournments in order to allow the parties to submit their arguments. They may take a few weeks or several months.

The court may rely on experts regarding technical matters.

The Code of Civil and Commercial Procedures No. 13 for the year 1986 determines the procedural timetable which the parties may not interfere in. However, parties may use tactics which deliberately slow down the process.

The court process is usually slow and complex. First instance proceedings usually take two to three years. Appeals could take up to two years. In commercial and civil matters, a further appeal may be made on errors of law to the Court of Cassation.

The process timetable depends mainly upon the nature of the case and the judge.

Since 2008, the formation of Economic Courts has reduced the period that courts may take in reviewing cases to determine their jurisdiction upon it.

Code of Civil and Commercial Procedures No. 13 for the year 1986 – Article 82: If the plaintiff or the defendant do not attend the hearing, the court shall issue a judgment in the case if it is valid for judgment or else it is dismissed. If sixty days have elapsed and neither of the litigants have demanded to proceed or attended after proceeding with the case, it is considered as null and void from the beginning.

This can have serious consequences if limitation periods apply, as the right of claim may be lost.

The Code of Civil and Commercial Procedures No. 13 for the year 1986 allows the parties to provide their evidence when filing the claim or defense; however, it is delayed until the trial where parties present both the oral and documentary evidence on which they rely. There is no requirement for a party to provide evidence which may assist his opponent’s case.

Any party can request the court to order disclosure of a specific document on two conditions which are identifying the document in reasonable detail and showing how material and relevant it is to the case.

Egyptian Evidence Law No. 25 for the year 1968 and its amendments – Article 135 provides for the Court’s ability to appoint one or three experts upon necessity.

The court may, upon its own discretion or upon any of the parties’ request, appoint experts. However, parties can also submit expert evidence.

Experts appointed by the court rely on the court while experts’ evidence submitted by the parties are considered as representatives of the parties’ interests.

Experts’ reports can be challenged. Upon such challenge, the court may refer issues back to the same experts or re-assign them to different experts.

Court structure and grounds for appeal

Code of Civil and Commercial Procedures No. 13 for the year 1986 – Article 227: The appeal shall take place within forty days after the judgment was rendered unless the law provides otherwise.

The appeal shall take place within fifteen days after the judgment was rendered in the summary proceedings, whatever the court that rendered the judgment.

Code of Civil and Commercial Procedures No. 13 for the year 1986 – Article 252: The appeal through the Cassation Court shall take place within sixty days after the judgment was rendered.

The court obliges the unsuccessful party to pay court fees which are a certain percentage of the final judgment including the lawyer’s fees.

It should be mentioned that in order to prevent frivolous actions, the Ministry of Justice raised court fees in 2009.

Enforcement of a local judgment

Code of Civil and Commercial Procedures No. 13 for the year 1986 – Article 279: The court bailiffs shall carry out enforcement and they shall be bound to act upon a request from an enforcement judge once the writ of enforcement has been delivered to the authority responsible for the enforcement of judgments.

Choice of law provisions in Egypt

The choice of law provisions are applied by Egyptian courts. However, there are certain statutory provisions that require the mandatory application of the Egyptian law on the subject matter such as rights of commercial agents upon termination or refusal to renew the agency for unjustified reasons to demand compensation as well as technology transfer agreements which are subject to the mandatory application of the Egyptian law.

Enforcement of a foreign judgment

Egypt is a party to a number of bilateral treaties and multilateral treaties concerning judicial enforcement. For a foreign court judgment to be enforced in Egypt, the court issuing it should have a valid jurisdiction upon the case and there should exist a treaty of reciprocity between Egypt and the country where the foreign court that rendered the judgment lies.

Direct enforcement is not allowed and a court case must be filed in order to obtain an enforcement judgment, however, this requirement may not be needed if there exists a treaty of direct enforcement between Egypt and the other country.

Arbitration is the most recognized method of dispute resolution in Egypt other than the long common litigation process. It is becoming an increasingly important method of settling commercial and investment disputes. Arbitration in Egypt is regulated by a distinct law which is the Law No. 27 for the year 1994 concerning Arbitration in Civil and Commercial Matters. Article 1 of this law determines its scope of applicability that includes both local and international arbitrations stating the following:

Moreover, this law provides a comprehensive framework for the arbitration process in the country. However, the Egyptian statutes do not recognize other ADR methods.

Despite the existence of rules regarding other ADR methods including mediation and conciliation in the Cairo Regional Centre for International Commercial Arbitration (CRCICA), these rules have no mandatory nature.

The Egyptian law does not require the parties to consider ADR methods; however, the parties may agree according to their own will to submit to these methods by way of contract.

The main arbitration institution in Egypt is the Cairo Regional Centre for International Commercial Arbitration (CRCICA) which offers arbitration, mediation and conciliation services and has adopted rules to regulate their procedures.