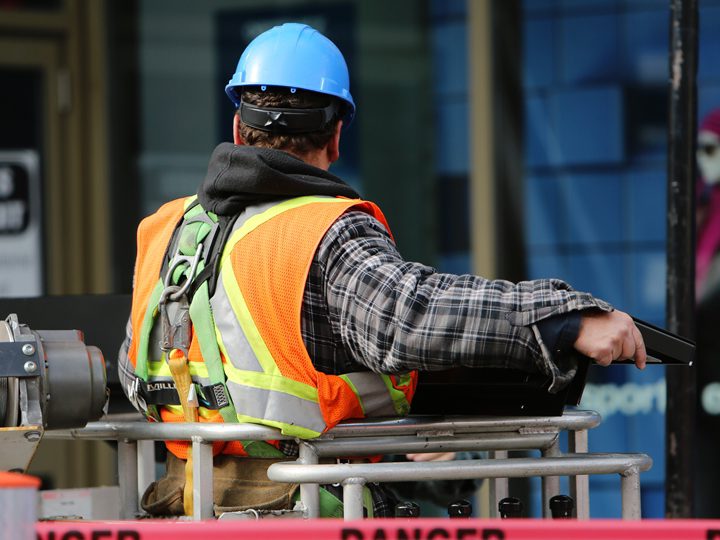 Governing Laws and Decrees :Employment matters in Egypt are primarily regulated by the following legislative sources:

Law No. 48 for the year 1978 governing public sector employees

Law No. 203 for the year 1991, addressing special requirements for employees working in the public commercial (business) sector of the State

Law No. 12 for the year 2003, regulating relationship between employers and employees in private sector

In addition to the Labor Law, several ministerial decrees are considered complimentary to the Labor Law. In cases where no specific rules are applicable for a given matter in employment relationship, the provisions of the Egyptian Civil Code are applied to the employment contract.

The minimum obligatory annual increase is set at no less than 7% of the basic salary which is the basis for calculation of social insurance.

The minimum premiums are set at 35% of the normal pay for overtime work during daylight and 70% for work at nighttime; 100% for work performed on days off and holidays.

According to the Labor Law maximum working hours per day are 8 hours, or 48 hours per week in case of a six-day work week. However, an employee, occasionally may be required to work additional hours based upon need.

For employees employed less than a year and not less than 6 months, annual leave is pro-rated to the period of service.

As stipulated in Article 54 of the Labor Law, in case of employee’s sickness he/she is entitled to sick leave based on the report from concerned medical authority. According to Social Insurance Law, during the sick leave an employee is entitled to his/her salary. An employee with proven record of sickness is entitled to a paid sick leave at the rate of 75% of his/her salary upon which social insurance payments are calculated; for a period of 90 days, to be increased to 85% for the following 90 days. Sick leaves are payable up to 180 days. The right is reserved for the employee to benefit from his/her accumulated annual leaves as well as convert these into sick leaves if such a balance exists.

Female employees covered by social insurance are entitled to three months of paid maternity leave for each up to three children, provided they have been contributing to the social insurance for the past 10 months. Maternity benefits are paid at 75% of the last wage. Moreover, women employed in establishments with more than 50 employees are entitled to up to two years of unpaid childbearing leave per child as stipulated in the Labor Law.

Women are also entitled to two half-hour nursing breaks per day, or alternatively one combined an hour long break, for 24 months after the date of birth of each child.

A woman preserves all her rights and benefits upon return to workplace from maternity leave.

Labor Law does not provide provisions for paternity leave.

For establishments employing 100 employees or more, employer is obliged to provide for an in-house nursery, or alternatively, to take charge of placing employee’s children (until the age of schooling is reached) in adequate nurseries.

Provision of working flexible hours for employees with dependents to care for is not mandated by the law; however, it is often implemented upon agreement between employer and employee.

Foreign employees are not permitted to work in Egypt unless Residency and Work Permits are obtained.

Foreign technical experts must have two Egyptian employees as assistants. Employees employed in certain fields such as tourism and education, need to submit additional documents and procure specific approvals in order to obtain Work Permit.

Upon submission of all the required documents, the Labor Office issues a temporary slip that is attached to the employee’s passport which grants the permission to the employee to commence work in Egypt. Once the security clearance procedures are over (normally takes from 2-3 months), the Work Permit and Residence Permit are issued.

Work Permit is a temporary document; no permanent Work Permits are granted. Work Permit shall be renewed every year or every six months depending on the term of the Work Permit.

Competent Minister determines professions, businesses and crafts for which foreigners are prohibited from working.

Any person who violates the provisions of the law on organization of the work of foreign employees is liable to fine of not less than five hundred Egyptian Pounds and not exceeding five thousand Egyptian Pounds.

Nationalities and citizens exempted from the charges of granting work permits are :

When Work Permit is not granted:

All establishments employing foreign employees shall notify the relevant authority during the first week of each of the months of January and July of each year of the following:

Professions and Businesses Foreigners are prohibited to engage in:

The concerned Minister may designate certain activities which cannot be exercised by foreigners in Egypt, as well as the maximum number of foreigners allowed to work in establishments in Egypt.

Hiring and Dismissal of Employees

Employer has the right to collect personal information related to the application for employment, compensation and benefits, as well as other provisions of the employer.

Employment contracts whether for foreign or Egyptian employees must be written in Arabic language.

Employer is not entitled to terminate employment contract unless employee breaches the contract by committing a “grave fault” (Article 69 , Labor Law). “Grave fault” constitutes the following:

In case an employee is unfairly dismissed, he/she is eligible for claim of compensation. Such compensation is decided and identified by the competent court but must not be less than two months’ full wages for each year of service; in case of a definite term agreement, the salary for the remainder of the contract period.

Provisions concerning vocational training, include the creation of a fund for financing this training, which is partially funded by 1% of the net profit of the establishment subject of this Law which employs more than ten employees.

The Labor Law allows the employees to strike peacefully through their labor unions, in defense of the professional, economic and social interests, and in accordance with the Law. The strike has to be approved by two-thirds majority of the Board of Directors of the concerned labor union organization. Employees in strategic and vital establishments designated by the Prime Minister are not allowed to strike.

Provisions regulating emissions, sound pollution and the matters of the nature outlined in Environmental Law must be respected by employer. According to Article 208 and Article 211 of the Labor Law the employer shall provide all the necessary means for protection of employees from hazardous materials, chemicals, machinery, infections, noise and sound pollution at the workplace. Article 212 and Article 214 of the Labor Law stipulate that the employer is obliged to equip the workplace with the necessary first aid and fire protection measures.

All employees covered by social insurance are eligible for a workplace injury benefit; there are no eligibility criteria in terms of contributions made.

For temporary disabilities, 100% of the wage is paid from the day of injury occurrence until employee either returns to work or is qualified as permanently disabled.

For permanent disabilities, employee is eligible for a benefit equal to 80% of the monthly basic salary in the year prior to occurrence of the disability, with a cap of 875 EGP on the wage used to calculate the benefit.

Unemployment benefits are available for workers who have made at least 6 months of contributions, including the three months immediately prior to unemployment; and who did not leave work voluntarily or as a result of misconduct or due to refusal of a suitable job offer. Unemployed individuals must be ready to work and registered with the manpower office. Benefits are equal to 60% of the last monthly salary for up to 16 weeks, or up to 28 weeks if the insured employee has made at least 24 months of contributions.

Applicable court for employment-related complaints and disputes is the labor circuit of the Court of First Instance. The court is composed of three judges. Presence of representation of both employer and employee is mandatory.

Labor Law for the year 2003 protects employees from all forms of discrimination. Article 35 prohibits any discrimination on the basis of gender, language, religion, origin, or any other personal belief.

No competition: employee must abstain from engaging, whether directly or indirectly, in any business competing with the business of the employer or former employer. The restriction is more relevant and applicable to the management level.

Work inventions and product: employer is the sole legal owner of all work products and inventions.

Termination of Business Activity and Compensation

Employer is allowed for economic reasons to terminate activity of the establishment totally or partially or to reduce its size or activity, after approval of a Committee whose membership and authority is designated by the Prime Minister. Employer is obliged to pay in this case to employees whose employment contracts are terminated for economic reasons a sum equal to one month of the employee’s total salary for each of his/her first five years of service and one and a half month for each year of service over and above the first five years.