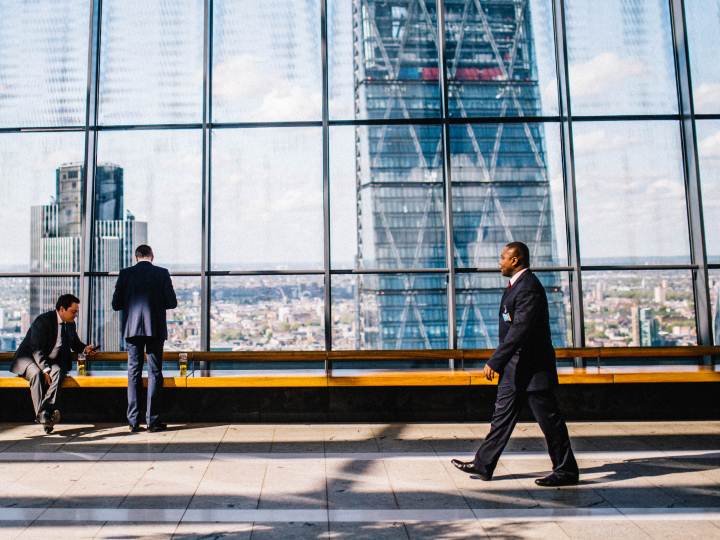 The Documentary Credit is an essential way for the execution of import & export trade operations, thus it has been requisite  for the  trade relations which has been defined by Article 341 of the Egyptian Commercial Law No.17 of the year 1999 which stipulates that: ‘Documentary credit is an Agreement by virtue of which the bank undertakes to open a credit upon the request of one of his clients (called ‘the remitter’) in favor of another person (called ‘the beneficiary’ guaranteed by documents representing the shipped  goods or goods prepared for shipment’. Such documentary credit contract is separate from the contract because of which the credit was opened. And the bank shall remain alien to that contract. In case there is no special provision prescribed herein, the ICC Uniform Customs and Practices for Document Credits issued from the International Chamber Of Commerce shall apply.

The process starts with a purchase / sale agreement between the seller and the buyer according to which they agree on the price that shall be fulfilled with opening a documentary credit in a certain bank, on condition of presenting documents that prove the execution of the purchase agreement i.e. freight the goods as prescribed by the aforementioned agreement. Then the bank will pay the requested amount as prescribed in the letter of credit which is sent to the seller when the documents are proved to comply with the buyers requests. Therefore, the Buyer shall resort to the bank to open the requested documentary credit and a documentary credit agreement shall be concluded between them including the conditions of the documents requested by the buyer and the seller has promised to present within a certain duration. Then, the seller bank is entitled to send the letter of credit including the conditions of the documents that if the seller fulfills, the bank shall execute his obligation towards him. That was stipulated by Article 342 of the Egyptian Commercial Law No.17 of the year 1999 which stipulates that: ’the bank opening the credit shall implement the conditions of fulfillment, bank acceptance and discount, as agreed upon in the credit opening contract, of the documents are conforming to the credit opening conditions’.

Originally, the documentary credit opened by the bank shall be irrevocable unless otherwise specified according to Article 343 of the Commercial Law No.17/1999 which stipulates that:

The firm documentary credit opened by the bank might be approved from another bank that shall abide with it before the beneficiary as stated in Article 345 of the Egyptian Commercial Law No. 17 of the year 1999 which stipulated:

In one of the judgments[1], the Supreme Court of Egypt decided that ‘the bank opening a documentary credit, in order to fulfill the transaction between two merchants in concluding their deal, shall not be considered as an agent or a sponsor on behalf of the buyer. On the other hand, the bank’s liabilities are independent from the existing contract between the buyer and seller and the effect thereof. The payment of documentary credit is conditional on the documents provided by the seller and proving that such documents comply with the condition of opening the documentary credit without any discretionary, explanatory or conclusive powers.

1- The firm documentary credit may be confirmed by another bank committed in its turn, definitively direct vis-a-vis the beneficiary.

2- The mere notification of opening the firm documentary credit, which is sent to the beneficiary via another bank shall not be considered a confirmation of the credit by this bank.

The bank is entitled to abide with the instructions prescribed by the remitter in the documentary credit agreement, especially regarding the documents and the time of submitting it and otherwise provided by the remitter. The bank shall, in interpreting the instructions, be free without any chance in assessing, explaining and concluding. It shall also inspect it with reasonable efforts and good faith and confirms that it complies prima facie with the instructions and does not include any contradiction among them, this inspection shall be carried out in a reasonable time and if the aforementioned procedures was delayed for an unexplained delay, it shall be considered as accepted or approved and the bank shall not be liable in case of execution of its liabilities as aforementioned. But if the inspection was rejected because of violating the instructions, therefore the bank shall notify the remitter immediately as stipulated by Article 347 of the Egyptian Commercial Law No. 17 of the year 1999 that:

The bank’s obligation to execute the liabilities, shall be conditional upon the submission of the documents provided for, in the credit in accordance with the conditions stipulated by the buyer in the application for opening the credit, which is stated in the letter of credit sent to the beneficiary.

The Bank’s obligation in case of documentary credit shall be direct and irrevocable before the beneficiary and each holder of good faith of the instrument withdrawn in execution of the contract for which the credit was opened, namely the contract of sale.

The irrevocable credit means that it shall not be amended after its issuance from the remitter or the bank or the beneficiary, rather, it is necessary for all parties to agree on this. This rule is defined in the literal sense credit, which means that all parties must abide by it literally. As provided herein article 349 that states ‘the documentary credit, shall not be transferred or divided unless the bank opening it is permitted to transfer the whole or part of it to a person or a group of persons other than the first beneficiary upon instructions issued from the beneficiary. The transfer shall not take place unless the bank approves it. The transfer shall take place only once, unless otherwise agreed upon’.

Whenever the bank accept the documents, it shall be delivered to the remitter for the value of the documents agreed with him since he did not receive it in advance, but it is held for pledge, if  a period of six months have passed from the date of notifying the remitter by the delivery of the documents in compliance with the credit conditions, the bank shall execute on the goods by following the execution procedures on commercially pawned objects, described as a holder of the goods through the documents represented for possession without the need to a special article that determines that mortgage, and it states that in Article 350 of the Egyptian Commercial Law: ‘if the remitter does not pay to the bank the value of the documents conforming to the credit opening conditions within six months from the date he is notified or receiving these documents, the bank may levy execution on the goods by following the procedures of levying execution on commercially pawned objects’.

The obligations of the bank that is opened to credit, the rights and obligations of both the remitter and the beneficiary are determined by the conditions set out in the application for opening the credit, if the conditions neglect to settle any dispute that may arise during its execution, the Uniform Standards for Documentary Credits shall be applied and it is formulated by the International Chamber of Commerce in Paris and adopted by its Executive Committee 3/12/1974 before its amendment in October 1984 – that is applied on the documentary credits in disputes which is stated  in article 12, paragraph C ( The applicant for the credit opening is obliged and responsible for compensating banks for all obligations and responsibilities imposed by foreign laws and customs “abroad” ) which necessarily includes the banks’ entitlement to the delay interests resulting from the opening of documentary credit from the loan.

Documentary Credits have become a significant tool of international trade due to differing laws applied by each country. The Egyptian government is developing its laws and practices to facilitate the international trade by increasing and securing the investment in Egypt and implementing the documentary credits in order to protect importers and exporters by ensuring that payment will be received. Using documentary letters of credit allows the seller to reduce the risk of non-payment for delivered goods, by replacing the risk of the buyer with that of the banks.