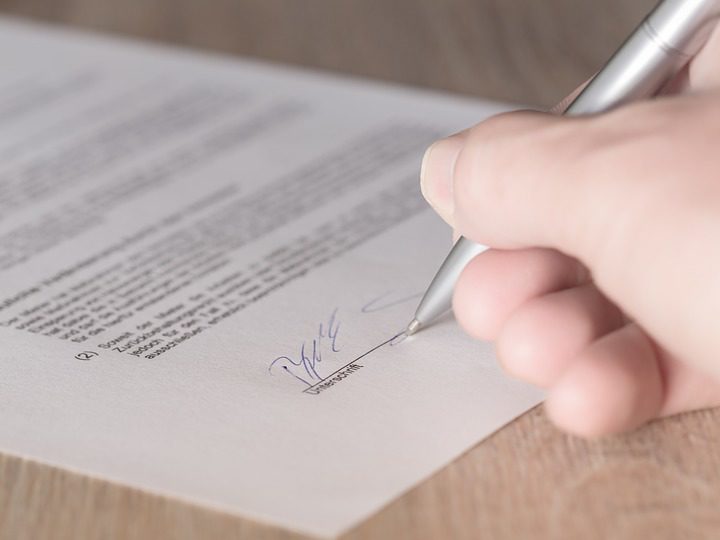 Usually within the drafting process parties may neglect that a dispute may arise in the future regarding, for example, the validity of the contract, at this moment many questions can arise; what is the law governing this contract? To any jurisdiction parties will refer their dispute to? What will be the method of settlement in case the dispute arises?  These clauses are very important clauses to be taken into account when drafting a contract to avoid legal uncertainty. In this article, it is briefly discussed what is meant by those clauses and how to be included into the contract.

In case of any dispute arises under this contract the provisions of [the chosen law] shall govern.

The governing law clause determines the law that will govern the contract. Delimitation of this clause helps and leads the parties to avoid lack of predictability and legal uncertainty. If the contract does not refer to the applicable law that will lead to prolonged and expensive dispute over the governing law and dispute settlement procedures to be applied. In addition, parties must take into consideration not to insist on choosing the law of their national jurisdiction but just applying the relevant law to the contract. In the major standard parties in an international commercial transaction tend to refer to Law of London or New York in their governing law clause and that is due to the legal certainty those laws provide and the way they cover every aspect in the commercial practices.

In Egypt, a classification must be done first to determine which category of legal rules the contract belongs to, (the public law or the private law). For instance, if one of the parties to the contract is the State or one of its institutions or subsidiaries then it will be considered an administrative contract subject to the jurisdiction of the Egyptian Council of State which consists of Administrative Courts and have the jurisdiction to hear any disputes arising under any administrative contract. However, after a radical amendment of the Egyptian Arbitration Law No. 27 of Year 1997 it allows the parties of an administrative contract to include an arbitration clause in their contract, subject to the approval of the competent Minister or the official assuming his powers with respect to public juridical persons and no delegation of powers shall be authorized in this respect.

Other than that contract will be considered civil or commercial. According to Article 19 of the Egyptian Civil Code which states that: “Unless otherwise agreed by the parties, or the circumstances indicate that it is intended to apply another law, Contractual Obligations are governed by the law of the domicile when such domicile is common to the contracting parties, and in the absence of a common domicile it will be by the law of the place where the contract was concluded. However, Contracts relating to immovables are governed by the law of the place in which the immovable is situated”.

Moreover, it is worth mentioning that according to Article 7 of the Investment Law No. 8 of Year 1997 which states that: “The investment disputes regarding the implementation of the provisions of this law may be settled in the manner agreed upon with the investor. The parties can agree to resolve such disputes under provisions and terms of treaties between Egypt and the investor’s country or under the agreement on settlement of litigation regarding investments concerning one country and citizens of another country to which Egypt is adhered under Law No. 90 of 1971 or Law No. 27 of Year 1994 regarding Arbitration in Civil and Commercial matters”.

It is clear that the Egyptian Civil Law makes the first priority to the parties’ agreement to prevail as well as the local courts respect and apply those clauses, except those mandatory rules of the Egyptian law which relate to the public policy cannot be excluded even though a foreign law is chosen.

Including a governing law clause in the contract should follow by a jurisdiction clause to specify which court or tribunal shall hear the dispute.

The parties refer any dispute arising out of or in connection with this contract [to arbitration] or to [exclusive or non-exclusive] jurisdiction of the court of [the country].

This clause deals with the power or jurisdiction of a court or tribunal to hear the dispute, it may also refer to as “choice of forum”. The first point parties should consider here whether they resort to arbitration or litigation as a method of settling their dispute under the contract. Parties should think carefully before determining the jurisdiction for settlement of any dispute. Parties may tend to avoid complexity by selecting the same jurisdiction as the governing law; in other words, choosing the courts of the country the laws of which are applicable to the contract.

Increasingly, international arbitration is seen as the dispute mechanism of choice for international contracts, often the basis that arbitration award can be easier to enforce across the globe (enforceability and recognition of arbitral awards under the 1958 New York Convention which unifies simple standards to be applied in enforcing such awards) than court judgment. Arbitration quickly resolves disputes, in addition, to finality of arbitral awards and freedom of parties to select the arbitrators and the procedures, and the confidentiality of arbitration protects trade privacy that is common in international transactions. In other words, arbitration today is no longer considered an imitation of the judicial courts and arbitration awards are not an imitation of judicial judgments.

In case the parties decided to resolve their dispute through arbitration process they must expressly state an arbitration clause or agreement in the contract that will exclude court jurisdiction to review the subject matter of the dispute (In this case arbitration will be an exclusive jurisdiction), in this case, the court role will only be to enforce the arbitral award through its procedures process if it a local award or in accordance to the 1958 New York Convention procedures if it a foreign award.

Arbitration can be divided into three main stages:

In light of the above, parties, need to double check the above clauses carefully when drafting the contract, asking for legal advice will help. Addressing the law governing and the jurisdiction is one of the most important and critical clauses to be included in the contract and failing in determining those clauses might lead to unpleasant consequences. So giving attention in including valid clauses and not just cut and paste from a previous contract will eliminate any risk to be found and guide the parties whenever a dispute arises.