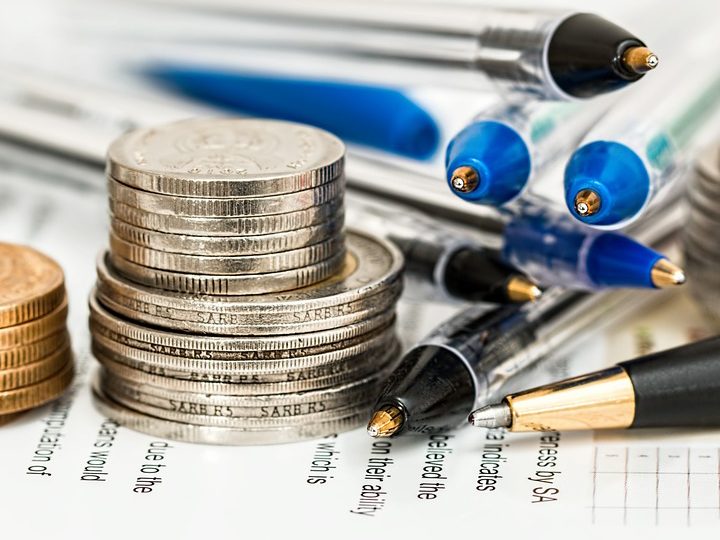 Banking industry in Egypt is one of the oldest and largest industries in the region that plays a critical role in the development process in Egypt. It has been expanded by the “Open Door Policy”, adopted in the mid-seventies when foreign banks were allowed to proceed with their work in Egypt, aiming the analytical growth with an effective role for the private sector in promoting the economic performance. In order to achieve the goals of this policy, the banking law was published, stating the nature and operation of the three types of banks:

A commercial bank is a type of financial institution that provides services such as accepting deposits, making business loans, and offering basic investment products to serve public and business, ensuring economic and social stability and sustainable growth of the economy.

Investment banking is a specific division of banking related to the creation of capital for other companies, governments and other entities. Investment banks underwrite new debt and equity securities for all types of corporations, aid in the sale of securities, and help to facilitate mergers and acquisitions, reorganizations and broker trades for both institutions and private investors. Investment banks also provide guidance to issuers regarding the issuance and placement of stock.

Foreign banks are registered as business and investment banks as their vision is to raise long term funds on the international financial markets and to promote investment.

All specialized banks are state owned which are assigned to provide long term finance in the fields of investment and credit for industry, agriculture, housing and rural development. They mainly cater to the needs of the private sector and depend in their fundraising on borrowing from financial institutions.

Also, banks operating in Egypt can as well be classified into public sector, private sector and joint venture depending on its ownership. Banking system comprises 39 banks, six of which are state-owned, and the other 33 are investment banks.

The Banking Industry Framework in Egypt is divided into two types of Laws; Banking Laws and Anti-Money Laundering Laws.

The current applicable Banking Laws are:

Law No. 88 for the year 2003 is the Law dealing with the Central Bank of Egypt general provisions, purpose and powers, management, financial system, and the relationship with the government. It also regulates the banking system regarding the establishment of banks, supervision on the administration bank, rules of possessing shares in banks and control on the banks guaranteeing the deposits, etc.
• Executive Regulations of the CBE Banking Sector and Money Law.
• Presidential Decree No. 17 for 2005 establishing the Coordinating Council.

The Egyptian Anti-Money Laundering Law No.80 for the year 2002 amended by Law No. 78 for the year 2003. Money Laundering is defined as any conduct that may involve either the acquisition, holding, disposing, managing, keeping, exchanging, depositing, guaranteeing, investing, transferring, converting funds or tampering with their value. If such funds are the proceeds of any of the identified crimes of laundering funds with the knowledge of that acts, provided that such conducts purports to conceal, disguise or alter the nature source, location, ownership or any interests therein, or change the true nature, or prevent the discovery thereof or impede the identification of the perpetrator of the crime.

It is prohibited to launder funds generated from crimes related to deals in foreign currencies which are in violation with the rules prescribed by the law, whether it is committed within the Egyptian territories or abroad, provided that such crimes are penalized by both Egyptian and Foreign laws.

• Process of setting up a commercial bank

Banking Business is any activity comprising the acceptance of deposits, obtainment of finance and the investment of these funds in providing finance and credit facilities and contributing to the capital of the companies.

procedures of establishing a bank according to the following conditions:

1-The bank shall have one of the following forms:
A. An Egyptian joint stock company, all shares thereof being nominal.
B. A public juridical person, comprising within its purposes the exercise of bank works.
C. A branch of the foreign bank, the head office of which enjoys a defined nationality
and is subject to control by an exchange authority in the state where the head office
is located.

2- The capital issued and paid up in full shall not be less than five hundred million egyptian pounds and the capital appropriated for activities of the branches of foreign banks in the Arab Republic of Egypt shall not be less than fifty million US Dollars or their equivalent in free currencies.
3- The governor of the Central Bank shall approve the statute of the bank and the management contracts to be concluded with any party who shall be entrusted with its management. This provisions shall apply to all renewal of modification of the statutes or administration contracts.

On submitting the request to the Central Bank, parties shall present a copy of the articles of association, stating the names, nationalities and addresses of the founders, the shares of each thereof in the capital, copies of the articles of association of founders among the judicial persons, and a statement of the percentage of shares to be floated for public subscription. As well as the proposed name of the bank in both the Arabic and foreign languages, providing it shall not be similar to the name of another bank existing in Egypt.

The rule of owning shares in the Bank’s Capital is stating that no one is allowed to own more than 10% of the issued capital of any bank or any percentage leading to actual control over the bank.
Also, the concerned parties shall state the purpose and services performed by the bank, its duration and its credit and investment policies in addition to its polices of risks management.
• The Central Bank of Egypt (CBE):

The Central Bank of Egypt, has the major role in the banking sector in Egypt, the CBE is a public legal entity that is subject directly to the President of the Republic.
The CBE is the competent authority that shall act as a financial advisor and agent for the government, act a governmental bank.

The government may assign the Central Bank to act on its own behalf in issuing governmental bonds and bills of all types and maturities. The bank shall extend consultation to the government in respect thereof. Also, it extends financing to the government, upon its request to cover the seasonal deficit on the General Budget.

• Maintaining the Secrecy of Accounts:

Bank secrecy principal that prohibits banks from providing authorities with personal and account information about their customers is a legally required principle in some jurisdictions, except in certain conditions, thus, all the accounts and deposits of the customers in the banks as well as their related matters shall be kept secret and cannot be provided to anyone except with a written permission from the owner of the account or any of his successors or in accordance to a judgment issued from the court.

The General Prosecutor may, upon the request of an official entity or the concerned party, submit a request to Cairo Court of Appeal to give a permission for reviewing or obtaining any data or information connected with the accounts and deposits, on condition that, this information might help in proving the fact in a crime or misdemeanor.

One of the main roles of the Central Bank is to send the information and data related to the indebtedness of the clients and the credit facilities to the other banks, real estate financing companies as well as the inquiry- making and credit classification companies.

These companies shall be prohibited from revealing any information or data concerning the clients, their accounts, the things kept in trust for them, their safe deposit boxes or their dealings with such banks and companies. These companies shall be also prohibited from giving third parties access to the same information or data in cases other than those authorized according to the law. -Prohibition shall be to whoever receives or has access by his job directly or indirectly, to the information and data referred to without prejudice to the following:
a) Duties of the bank auditors and the functions legally vested with the Central Bank.
b) Bank’s obligations in issuing a certificate of reason for stopping the payment of a check at the request of the entitled party.
c) The rights of the bank, a real estate finance company or a hire purchase company to disclose all or part of the data pertaining to the client’s transactions as needed to establish the particular bank’s right in a judicial dispute that has arisen with a client over such transactions.
d) Legal stipulations and provisions regarding the Money – Laundering regulations.
e) The information and data which the inquiry-making and credit classification companies provide according to the rules of the Board of Directors of the Central Bank.

Foreign companies operating in Egypt are facing difficulties in transferring their money overseas, especially profits, in light of the acute shortage of dollar resources in Egypt.
Businesses currently operating suffer from difficulty accessing hard currency for business purposes, repatriating profits, and a lack of long-term clarity about the rules governing currency transfers. At the beginning of 2016, the Central Bank of Egypt had lifted the dollar deposit limits on households and firms which are importing priority goods in place since early 2015. Businesses which are not operating in priority sectors, including foreign-owned businesses, have continued to encounter significant and shifting restrictions on dollar access as well as importers.

Banking Law No 88 for the year 2003 regulates the repatriation of profits and capital. The government has repeatedly emphasized its commitment to maintain the profit repatriation system in order to encourage foreign investment in Egypt. The current profit repatriation by foreign firms system requires sub-custodian banks to open foreign and local currency accounts for foreign investors (global custodians) which are exclusively maintained for stock exchange transactions. The two accounts serve as a channel through which foreign investors process their sales, purchases, dividend collections, and profit repatriation transactions using the bank’s posted daily exchange rates. The system is designed to allow for settlement of transactions in less than two days, though in practice, some firms have reported significant delays in repatriating profits due to ongoing currency controls.